Lady Bird is a coming-of age movie written and directed by Greta Gerwig and it stars Saoirse Ronan, Laurie Metcalf, Lucas Hedges and Timothee Chalamet. The basic plot of this movie is told around senior year at Sacramento’s Catholic school where Christine who prefers if everyone called her “Lady Bird” is enjoying her potential last moments in Sacramento.

Lady Bird played by Ronan and her mother played by Metcalf are two characters who develop so much throughout a 93 minute runtime. Of course the brilliant performances by Ronan and Metcalf helps but the characters were truly the work of Greta Gerwig which by the way this is her debut believe it or not. The mother-daughter relationship is captured so realistically it’s like you were a neighbour listening next door.

At a certain point Lady Bird is in love with Danny played by Hedges and his character does something which would alter their relationship. Now in a typical teen movie the thing he does would basically label him as bad but since this is an above average teen movie and I’m so happy it is, it doesn’t go the way you think and it really reminds how great certain characters are.

Not gonna lie I was a bit let down by this movie. I went in this movie with high expectations and while this is a good movie it has it’s flaws and all of them are in the second act, that’s the only thing that bothers me, the first and third act act are well done and original and fresh but the second act was full of cliches, I knew every step the characters were going to take. Other than that it was great. The ending leaves you with a warm heart.

Overall this film is an entertaining and great time. It’s worth checking out and just in time for the Oscars. 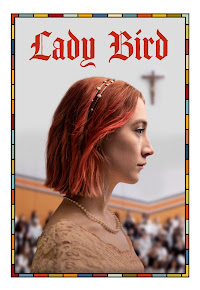