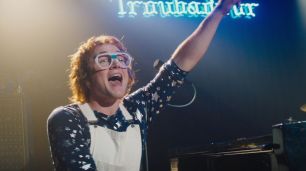 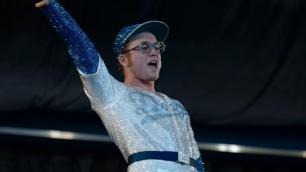 Rocketman is a musical biopic directed by Dexter Fletcher and it tells the story of how a shy but talented young boy becomes the extravagant Elton John we all know. This movie gives us an explicit look at his life, from the highest highs and the lowest lows. It stars Taron Egerton, Jamie Bell, Richard Madden and Bryce Dallas Howard.

I have been excited for this movie ever since I’ve seen the first trailer. Something about it just stuck out to me, it was probably the fact that it was an actual musical aside from being a biopic. I am a huge fan of musicals and the idea of telling the story of a celebrity in musical form felt so right, especially when the movie is about Elton John. I didn’t grow up in his era and my parents aren’t really fans so my first introduction was The Lion King which if I’m being honest, I preferred other musicals over it but there was so much going for this movie that I couldn’t help but be excited to see it.

I absolutely love this movie. It is unique, important and just a brutally honest inside look at the life of a gay celebrity. Before I get into more detail, I just want to mention one thing. Unfortunately Bohemian Rhapsody came out earlier and so people can’t help but compare the two. They really aren’t the same, if anything Rocketman felt like a mix of La La Land and A Star Is Born. That being said, I would have killed to see Rami Malek’s Freddie Mercury in a scene with Taron’s Elton John. Just a brief meeting or witty remark between one another. Sadly it didn’t happen.

Taron Egerton who I loved in the Kingsman movies gives the best performance of his career so far as Elton John. He brings so much to the movie in terms of talent and emotion. Not only Taron, but even Kit Connor who portrayed the younger version of Elton did an outstanding job. Both gave such an energetic and likable performance and both can sing spectacularly. Taron Egerton’s rendition of Elton’s songs are on par with the originals. He sings them with such passion and heart, you can tell he gave it his all in this role. I really hope he gets recognized by the Academy next year and I especially hope that his chances are not decreased just because of Rami Malek’s win this year. I have liked this guy since his Kingsman days and it’s really great to see him get a chance to really prove his acting abilities.

The movie has a lot to offer but one of my favourite aspects of this movie was easily Elton and Bernie’s friendship. It was portrayed in such a wholesome and realistic way. Jamie Bell and Taron Egerton’s chemistry is electric. I loved every single second of their friendship. In fact my favourite scene is where Elton writes the music to Bernie’s “Your Song” and the expression on his face just says it all. It has an infectious energy and happiness to it, you can’t help but smile from ear to ear when you see it.

Richard Madden’s John Reid is cold and heartless and while Madden does a shockingly good job (considering he is such a nice guy), the character does feel a bit two-dimensional. Bryce Dallas Howard also gives a great performance, I think this is the most I’ve enjoyed her in a movie. She plays Elton’s mother who in this movie is portrayed in a rather cold and mean way and while she has fun with it in the beginning, later on she becomes a really cruel person and similar to Madden, seeing such a nice person portray such a cold person is impressive and transforming.

What I love about Rocketman is that unlike A Star Is Born and Bohemian Rhapsody it isn’t a “cheat musical” where songs are featured but they don’t really move the story forward. They are there simply because the movies are about music. Rocketman, however takes Elton’s famous songs and brings them to life as lively, colourful and energetic musical numbers which do move the story forward. What I love even more is how the movie’s knot to reality gets loose whenever a musical number is on. People float in this movie! It’s that out of touch with reality aspect of this movie which really makes it stand out.

Overall Rocketman truly takes off thanks to a spectacular performance by Taron Egerton who is supported by an incredible cast who provide the heart, sadness, humor and energy to the movie. For most this movie will be a movie about Elton John and that’s it but to me this is a movie which ultimately promotes acceptance of one’s individuality and self-care. It inspires us to be the best version of ourselves. The movie also breaks the biopic mold by being a full-on whimsical and tragic musical with musical numbers which are passionate, intimate, fun and electric. Every decision this movie made, made me think “that is so Elton John of them to do that”, so I think the movie did it’s job spectacularly well!