Spider-Man: Far From Home is the sequel to Spider-Man: Homecoming and is once again directed by Jon Watts. Set after the events of Avengers: Endgame, Peter Parker is going on a school trip to Europe where he can hopefully enjoy life as a teenager and impress a certain gal. However Peter will have to put on the suit again to take down the Elementals with newcomer Mysterio. The movie stars Tom Holland, Jake Gyllenhaal, Zendaya and Samuel L. Jackson.

Like most people I am a fan of Spider-Man. I didn’t grow up watching the movies but I did grow up with the animated show from the nineties. I watched the movies later which I have seen them all and I am a fan of every iteration. I liked Homecoming, I didn’t love it though. Not too much happens, not only in terms of action but also in terms of story. What that movie made clear was that even though this is the same Peter Parker we know, the awkward, nerdy, smart and charismatic teen with a double life, it’s a different story. Mary Jane, Gwen Stacy, Daily Bugle, Harry Osborn, Oscorp, they’re all out of the picture. It’s a refreshing take on the story we’ve now seen done five times. Far From Home continues the story Homecoming started in a natural and powerful way. This is truly a sequel which progresses the story.

Jon Watts crafts a smart, clever, funny and endlessly entertaining sequel which truly builds upon it’s predecessor. This movie is grander, funnier and darker than Homecoming however it does suffer from some of the same problems. One of my main  issues with Homecoming was that even though I enjoyed the action sequences a lot, I always cared for the small scenes with Peter a lot more. In Homecoming while there were a lot of “small” scenes nothing really happened in them, the pacing was really slow. However Far From Home is paced much more evenly, that being said, this movie had way more action sequences than “small” scenes and just like in Homecoming I enjoyed them a lot, even more so this time but I wish the movie would’ve spent more time with Peter instead of Spidey. This is a problem Peter himself has, he wishes to be Peter during the trip and I feel that the movie did a really good job of showing how hard it is for him to do so. There was never a dull moment in the movie, there’s something happening consistently and Peter is in the middle of it. 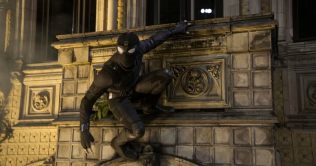 Far From Home is also one of the most beautiful looking movies from the Marvel Cinematic Universe, not only because of the amazing visual effects which this movie uses intensely but also the natural scenery from the gorgeous European locations. This movie showcases these places in such a gorgeous way. The cinematography captures the beauty and culture of each location with some gorgeous wide shots. I loved walking through Venice with these characters. I do wish the movie spent a bit more time in each location though, everything went by really fast. The visual effects with Mysterio and the Elementals looked amazing. I love that they kept Spider-Man’s theme from Homecoming’s musical score and expanded on it. It suits the character well and it fits the world of this Spider-Man perfectly. 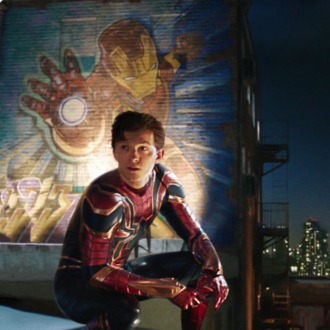 Tom Holland as usual is incredibly charming, charismatic and likable. I do love that just like in Homecoming, Far From Home also gives Peter an emotional journey which Holland executes with an energetic, relatable and emotional performance. He never fails to deliver when it comes to Spider-Man and that’s why he’s my favourite Peter/Spidey. I absolutely loved how the movie puts the emotional weight of Tony Starks’ death on his shoulders and expect him to be the successor to Iron Man. This is his journey to truly becoming Spider-Man and grow as a hero and a human. Zendaya also gives a very likable, charming performance and I loved how she got more to do this time and I hope she gets more to do in the future. We get to see MJ’s vulnerable side and see her try to be more open and Zendaya nailed that aspect of her character. Gyllenhaal is great as Mysterio but I can’t really discuss him due to spoilers. I do wish that the other were a bit more compelling, I only really liked Peter, MJ and Mysterio. The secondary characters are just there to make jokes, they didn’t really offer much to the movie.

Overall, Spider-Man: Far From Home continues Peter’s story in a visually vibrant, emotional and powerful way. My only nit-pick is that I wish there were more small scenes with characters just interacting. However thanks to it’s gorgeous European locations, clever and witty script and great performances, Far From Home is endlessly entertaining making it the clear winning movie of the summer!