Doctor Sleep is directed by Mike Flanagan and it is based on Stephen King’s book of the same name, both of these serve as sequels to The Shining book and movie. The sequel takes place roughly forty years after the events of The Shining, we follow adult Danny Torrence as he suffers from alcoholism due to to his childhood trauma. He then meets a young girl who can “shine” but finds out a cult is after them looking to steal their abilities. The movie stars Ewan McGregor, Rebecca Ferguson, Kyliegh Curran and Cliff Curtis.

Even though I saw it for the first time last month, The Shining has become an instant favourite of mine. It challenged me like no other film has and it has confused me to no end. It’s imagery and musical score have been imprinted in my brain. I still can’t make sense of that last shot and I can talk about the movie for hours. By all means, The Shining is not only a horror classic but it’s a cinematic classic, period. Now, decades later, a sequel is out and it was very important for me to go into this movie knowing that I can’t expect another The Shining. It wasn’t Flanagan’s goal to make this movie a masterpiece, he just wanted to deliver a sequel which further explores this world and these characters and in doing so, he delivered on making arguably one of the best horror sequels of all time. That being said, Doctor Sleep‘s shining qualities can sometimes get dim.

Doctor Sleep serves as a realistic, dark and bleak continuation of where The Shining left off. This movie has a completely different tone than it’s predecessor. Whether it’s the colour palette, cinematography or even location, Doctor Sleep makes it crystal clear that it has it’s own ideas and identity. The one thing both movies have in common is it’s focus on character building. Both movies spent large chunks just spending time with these characters and getting to know them. Doctor Sleep benefited from this as the emotional trauma is part of a major arc Danny fulfills by the end. We get to see Danny at his lowest, completely depending on alcohol and drugs to fog his memory and powers. That’s one thing which this movie completely nails, this feels like the natural progression of what happened back in 1980. Honestly, the movie didn’t really need The Overlook Hotel for the third act because despite all of the supernatural elements of the story, Doctor Sleep feels more like a story about trauma, death, addiction and family. In fact, the movie is rather weaker when it focuses too much on the supernatural elements.

While it’s first two acts present a great mix of drama, suspense and supernatural horror, the third act goes full on supernatural horror movie and forgets the drama part, the part which makes the movie shine. It’s no secret that the third act features the return of the infamous Overlook Hotel and with it, the many ghosts. I was incredibly excited for it but by the end it wouldn’t have mattered if they went or not. In fact, the second act was literally reaching for excuses to go to the hotel. Granted it felt earned and it was incredibly entertaining to see this iconic place again but I feel like it could’ve been utilized better. There is an incredible scene in The Gold Room which I won’t spoil but basically I was looking more for stuff like that than repeats of famous shots. They do play around with some of the references which was genuinely entertaining but just as it gets good, you realize it’s over. Another issue I had with the third act is that it asks the audience way too many times to just accept what’s happening on screen, I’m not talking about supernatural stuff, I’m talking about the rationalization of character’s choices.

When it comes to the scares, Doctor Sleep relies on two characters, Rose The Hat and The Overlook Hotel. Rose and her cult are definitely the source of the movie’s most intense and disturbing scenes while the Overlook scenes are more Shining-esque scary. This is a movie which I would describe more dark and brutal than scary. This movie definitely has suspense and there are scenes where I was genuinely scared but like The Shining it’s not the type of horror movie you would usually see. The Shining used it’s claustrophobic atmosphere and unsettling imagery to make it’s audience tense. Doctor Sleep on the other hand rarely feels claustrophobic, which is not a flaw, in fact it adds to the differences. Instead the movie used dark, twisted and brutal scenes and end them at just the right time to let your mind do the rest. There is an incredibly brutal and tragic scene near the halfway point which I would honestly describe as the most uncomfortable scene I’ve ever seen at the cinemas. It’s the one time the movie shows you what does happen and it doesn’t shy away. 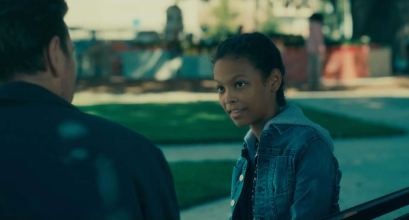 The cast of Doctor Sleep is truly one of the movie’s shining qualities. Everyone in this movie is incredible. Starting with the ever so charming Ewan McGregor who gives one of his best performances as Danny Torrence. He brings this calmness that Danny had in The Shining and incorporated it with his performance in this movie. Alongside him is Kyliegh Curran who plays Abra. This is her cinematic debut and what a debut that was. Curran is amazing as Abra! While her performance is great, she has these little moments where it actually felt like it was an adult’s performance is a child’s body. Her dynamic with Dan is the entire heart of the movie. That being said, the breakout role goes to Rebecca Ferguson as Rose The Hat. She is terrifying in this role, so much so that if I ever got a chance to meet her I would feel slightly uneasy.

Overall Doctor Sleep is a sequel which truly shines and holds it’s own next to The Shining. While it may suffer from third-act problems, the movie has more than enough steam to make up for it. While it does feature elements from it’s predecessor, Doctor Sleep still manages to have it’s own identity thanks to Flanagan’s direction and style. With it’s incredible cast, set design, stunning cinematography and nostalgic score, Doctor Sleep makes for a sequel that will not be overlooked and surely gain a cult following in the near future.