Now I don’t have the vocal range of Idina Menzel or Kristen Bell but that doesn’t stop me from blasting the Frozen soundtrack and singing along. I was one of those infected with the Let It Go addiction. I still occasionally listen to that song every now and then. Actually, being the Frozen fanatic that I am, I love every single song from this franchise, meaning even the one from Frozen Fever and the ones from Olaf’s Frozen Adventure. My point is since I’m a bigger fan than most, I was terrified of listening to the Frozen II soundtrack because I was afraid they wouldn’t be as good. Now after finally watching the movie and hearing the songs, I have understood one very important lesson, never underestimate the Lopez’s!

This is my ranking of all seven songs from Frozen II. I will not take into account the pop versions of Into The Unknown, All Is Found and Lost In The Woods. I will also not take the incredibly short Reindeer(s) Are Better Than People (cont.) since it’s only 26 seconds. My ranking of these songs is based off my opinion of the songs, the visuals accompanying them and how memorable they are. Keep in mind this is my opinion, I am not suggesting these are the right order. Now without further ado, let’s go into the unknown!

My least-favourite song from Frozen II is still a great song. I don’t have much to say about All is Found but it does have a beautiful and entrancing melody. Evan Rachel Wood does a stunning job vocally, her voice is ridiculously soft. This song is very obviously supposed to be the Frozen Heart of this movie meaning it has a ton of foreshadowing in it’s lyrics. I won’t compare it visually just because it’s not a musical number because Queen Iduna is actually singing so it’s a regular scene. It’s short, beautiful and provides an enchanting opening to the movie. 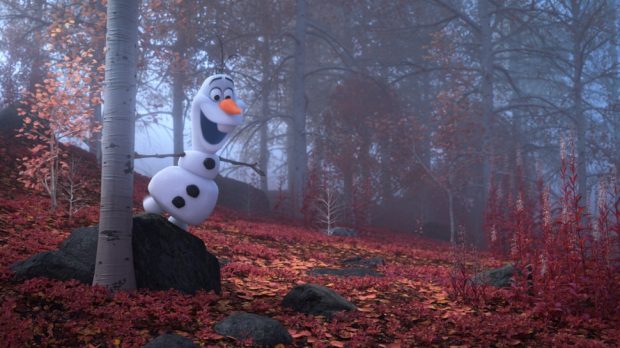 When I Am Older is basically In Summer 2.0. It’s short, cleverly written only it’s Olaf singing about having an existential crisis and using humour and music to convince himself that everything’s fine. I absolutely love the instrumentals for this song, it has the elements of crazy and paranoia but it’s sugar-coated with a jolly melody. In my opinion this is just as catchy as In Summer. Josh Gad does a wonderful job as he not only does a great job vocally but he’s emoting rapidly as Olaf who is being tormented by the elemental spirits. Visually When I Am Older plays out like a Looney Tunes short with a lot of slapstick humour which made the kids in my audience giggle and laugh a lot which was adorable. It’s short, clever and manic and more importantly catchy.

5. The Next Right Thing

This song shook me to my core seeing that Anna’s number in the first movie was a gleeful and hopeful song and this being a depressing song where she struggles to keep going. It’s quite the contrast. If I’m being honest, this song to a long while to grow on me. At first I felt like it couldn’t stick with a single melody and was incredibly unpredictable. It’s structure is definitely not an ordinary one. The lyrical content is the song is it’s best element. Anna is at a deep and dark hole, literally and figuratively. She is fighting to find and listen to that voice which tells her to keep going, which is a powerful thing to do. Seeing a character in such a dark place in a Disney movie was definitely a first and it’s easily the darkest part of the movie. That being said it’s therapeutic to see Anna build her strength and get herself out of the cave. Kristen Bell does a wonderful job vocally, she exudes a ton of emotion in one song. 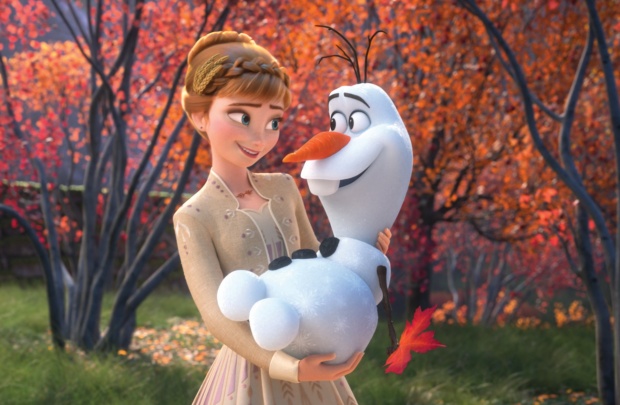 The ‘everything is going great at the beginning of the movie’ song of this movie is Some Things Never Change. This song does an amazing job at reintroducing us to this world and these iconic characters. It’s one of the strongest songs melodically with an infectiously hopeful and bright melody. The cast does an amazing job as expected by now, they hit the high notes and bring energy and life to these characters. I also like this song on a lyrical level, it feels more personal than other songs on here and it stuck with me immediately. Visually this song takes us back to Arendelle on a tour and ends with a dinner. It’s a wholesome and feel-good opening number which does it’s job by getting us ready for what will happen next.

3. Lost In The Woods

Kristoff finally, FINALLY gets a song and it’s quite possibly one of the best things to come out of Disney ever. Kristoff’s arc may be nonexistent but the movie did give us this gem of a musical number. To have a Disney Prince (you know what I mean) sing an power ballad inspired by 80’s and 90’s boybands is one of the smartest and funniest things I’ve ever heard and the best part is that it works! I don’t know how but it works! The visuals mimicking dramatic boyband music videos was one of the funniest things I’ve seen in animated movie, period. The singing reindeer as his backup singers is the cherry on top. Jonathan Groff does an incredible and amazing job and I cannot believe it took him two movies and specials to finally get a song in this franchise. It’s one of the many highlights in the movie and as a huge fan of musicals, I approve this with an immense joy. 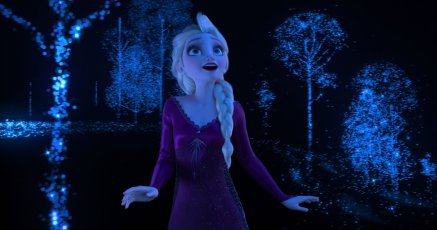 Elsa’s first musical number in the sequel is the show-stopping Into The Unknown. This song got stuck in my head the first time I heard it. It’s incredibly catchy and it has this Broadway-esque feel to it making it even more fun to sing-along to. Elsa’s going back and forth and increasing temptation to go into the unknown is relatable and is portrayed very well with the lyrics. Idina Menzel’s flawless vocals power the song and make this song a highlight of this movie. Visually, Into The Unknown is one of the best-looking musical number from Disney I’ve seen in recent memory. The animation is gorgeous but the visuals really shine in the bridge of the song where the background becomes black and it’s just Elsa, the call and the audience. The visuals of Elsa being surrounded by magic against the increasing build of the music is a joy to see and hear. It’s a song which introduces a character’s conflict, goes back and forth and finally comes to a conclusion and it does in a spectacular way. Also Panic! At The Disco’s version is amazing as well, just putting that out there.

Show Yourself is the spectacular, emotionally-rich and powerful miracle that expands on Let It Go and enables Elsa to be the truest version of herself. After the intense scene where Elsa runs on the ocean and tames the Nokk, she ventures to Ahtohallan. She finds her purpose and learns the truth and in this she is able to truly be the best version of herself. What I love about this so much is that it forces us to look at Elsa and Let It Go in a different way. She was only halfway there in the first movie. Now she’s living her truth. The lyrical content emotionally rich and powerful. The inclusion of All is Found and Evan Rachel Wood is especially powerful. My favourite verses are “Every inch of me is trembling but not from the cold” and “You are the one you’ve been waiting for.” The self-empowering aspect only seems to grow in this franchise with this anthem. Visually Ahtohallan looks amazing, the blues, purples and whites are all striking and I love how it feels like the audience is going on this adventure with Elsa, deeper and deeper. It’s an instant classic, it gives you goosebumps everytime and it is definitely my favourite song on the soundtrack.

What are your favourite songs from Frozen II?
Do you agree with this ranking?
Comment below!