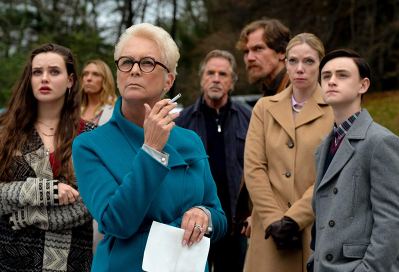 Knives Out is directed by Rian Johnson and it is a modern-day murder mystery movie. A wealthy family called The Thrombey’s get together to celebrate Harlem’s, the patriarch of the family, 85th birthday. After some questionable events unfold, Harlem is found dead the next morning. Who did it? That’s what Detective Benoit Blanc is out to find. This movie stars a killer cast including Daniel Craig, Ana de Armas, Jamie Lee Curtis, Chris Evans, Toni Collette, Michael Shannon, Don Johnson, Katherine Langford, Jaeden Martell and Lakeith Stanfield.

If there’s one thing I love, it’s a good old-fashioned murder mystery. They’re enticing, addicting and have that immense satisfaction at the end with the big revelation. Growing up, certain shows I would watch would have an Agatha Christie inspired episode, usually, it would be a parody of Murder on the Orient Express but still, I would be glued to the screen waiting to see who did it. Two years ago that same novel got yet another adaptation which did quite well, so well it got a sequel coming out next year. I had some problems with the story but I actually liked it overall but I am still yearning for that murder mystery movie which looks visually stunning and has an insane cast and most importantly, has a great mystery. Having seen this movie I can happily say with a big smile on my face that Rian Johnson did just that.

Knives Out is the type of movie in which while watching it, I imagined myself rewatching it at home every fall with my family. It looks and feels like a classic. Rian Johnson directed the hell out of this movie. When it ended I got the urge to stand up and clap dramatically slow. From it’s first frame to it’s last, Knives Out is consistently entertaining, enticing, suspenseful, hilarious and insanely clever. This is a very intelligent movie. I did not expect it to have the commentary that it did and I was nervous on what it was trying to say but when the final scene comes around, I got goosebumps and wanted to cheer for that specific character. What I take from this movie is that no matter where you are from, kindness and genuine human decency is all it takes to be a step above of others. I love that and with the way that it’s told, it’s a very bold move but it was the right move. 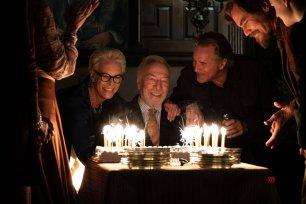 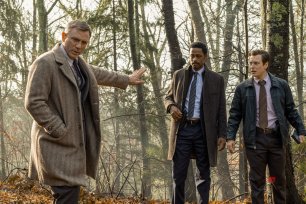 Murder mysteries can only be so original nowadays. People usually figure out who did it and why before it’s revealed and this movie knows that. The way in how and when this movie reveals certain information to the audience is insane and mind-boggling to me. It is so meticulously planned and you’d have to think so far ahead, I can’t praise the writers and Johnson enough. I went to see it with a friend and we could not stop geeking out about how great this movie was. The more we kept talking the more realized how brilliant the story was. It makes you want to go back and revisit it immediately. The structure of this movie is also interesting and clever, they tried to be different and play with the reveal which is what audiences come to see and risked losing interest but they did it in such a way that it kept the story going and actually become even more suspenseful. 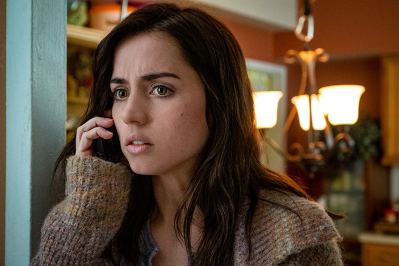 Movies like these tend to feature amazing ensemble casts and Knives Out is no exception. As someone who loves and watches movies a lot, the cast assembled here makes me want to fanboy every time I see them in a shot or scene together. Jamie Lee Curtis and Toni Collette in a scene together is quite honestly the best thing a horror movie fan could wish for. However, despite this amazing cast, the movie does focus mainly on Ana de Armas’ Martha. She delivers an excellent performance, one of the year’s best in fact. Daniel Craig’s over the top performance is incredibly enjoyable to watch. The rest of the cast does an amazing job, it was really rewarding seeing actors play a totally different character from what they’re used to. That being said some characters weren’t utilized well into the story like Jaeden Martell’s character who is literally glued to his phone and delivers four lines at most.

Besides the amazing cast and smart writing, Knives Out also excels in other departments. The first shot of the movie lets you know a lot of things, mainly that it’s going to be well-shot, has a rich atmosphere and the musical score is going to be one of the many stars of the movie. Nathan Johnson does an amazing job with the score, it’s mysterious and thrilling and it’s one of the musical scores that caught my ear this year. I’ve already listened to it twice. As for negatives, Knives Out doesn’t really have any major flaws. I do think it’s a tad bit too long or at least the third act is slightly too long but other than that, I think this movie’s one of the best this year has to offer.

Overall Knives Out makes for a bloody great time with its killer cast and direction. From its aesthetically pleasing cinematography, sets and costumes to the thrilling musical score, all of the necessary ingredients for a great murder mystery are present are reach their full potential. That being said this movie also stands out for its bold structure and use of social commentary and for all of those reasons, I can definitely say that not only would I not mind more of Craig’s Blanc but that I will happily make this movie a fall tradition.