The 92nd Annual Academy Awards were held last night and it was quite the event! Looks were served, awards were won, tears were shed and I felt like the Oscars really took most of the award choices seriously. That being said in a three and a half hour ceremony there was bound to be some awkward humour which didn’t land and some awards which really should’ve went to someone else. Join me as we look at the best and worst moments of the 2020 Oscars! 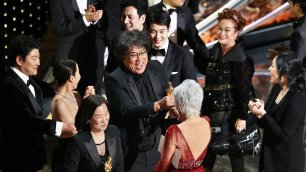 Parasite is a universally loved movie (my favourite movie of 2019) and the collective feeling of admiration and love from the celebrities for this movie really was felt during the ceremony. The smash hit went on to win four Academy Awards including, Best International Feature, Best Original Screenplay, Best Director and most importantly Best Picture. That last one really shook the world as not only is it the first film not in the English language to win the award but there was some genuine competition. Bong Joon-ho has solidified himself as one of the most wholesome and awesome people in this business. Seeing an entire Asian cast receiving the biggest award in cinema, it’s an incredibly inspiring and instantly iconic moment in pop culture, it’s one for the books.

It’s getting really tiring seeing these big award shows exclude diversity in who they nominate and then try and make up for it by getting diverse presenters and make jokes about the fact that the nominees aren’t diverse. It’s not funny anymore, it doesn’t make the fact that Cynthia Erivo is the only person of colour nominated in all of the acting categories fine. Neither the fact that no female director was nominated or honoured. 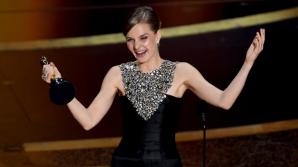 Joker is one of the most divisive movies to come out from last year and while it certainly has a lot of fans and haters, you cannot deny the fact that Joaquin Phoenix’s performance was deserving of that Oscar. The same goes for Hildur Guðnadóttir’s ominous score. My thoughts have slightly changed on the movie, I still like it a lot but not as much as I used and most of that is due to the fact that it’s a running gag to hate on it on Twitter and I got tired of seeing it every couple of minutes. That being said I think these wins were very deserving, the only ones really and I’m just happy it got recognized.

The Oscars have a tendency to be predictable but there isn’t a category out there even more painfully predictable than Best Animated Feature which almost always goes to either Disney or Pixar. Now I am a massive fan of both Disney and Pixar, I saw Frozen II three times for crying out loud but it’s such an ignorant move to give this award to Toy Story 4. Now I liked Toy Story 4, I gave it a great grade and I thought it was enjoyable but we all know this for a fact, if the movie wasn’t released this year, they would have nominated Frozen II and given it to that movie. So many great animated movies get shadowed by this, for instance the brilliant How To Train Your Dragon trilogy is the only trilogy (live-action or animated) to ever be fully nominated yet it lost to Disney and Pixar all three of those times. Frankly I would’ve picked The Hidden World but I also would’ve been fine with Klaus or I Lost My Body but Toy Story 4? That’s just lazy.

Taika Waititi is one of the funniest and most creative people working in Hollywood right now. I love Jojo Rabbit, I gave it an A-, I though it was spectacular but I knew it wouldn’t win too many awards because of it’s “controversial” topic, whatever that is. I was very happily surprised when Waititi won the Best Adapted Screenplay award for the movie. It was very deserving and it almost got me emotional seeing Waititi overcome with joy, I don’t think he thought it was likely that he would win so it was a genuine surprise for him to go on that stage.

While I had some problems with the order in how the story is told, I think Little Women is a fantastic and gripping movie and it’s sad that the only award it was rewarded with tonight was Best Costume Design, the most obvious win. It feels rather unfortunate that a movie trying to show that a woman can do anything she puts her mind to only gets rewarded because the costumes looked nice. Saoirse Ronan deserved to win Best Actress but she keeps getting snubbed. If by any chance you’re reading this Saoirse, you’ll get DiCaprio moment someday! 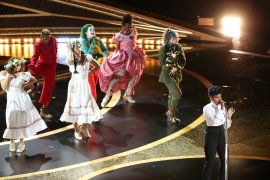 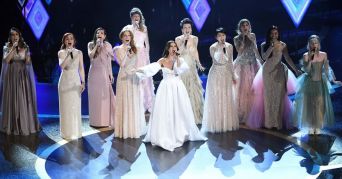 The 2020 Oscars started out with an energetic, whimsical and powerful performance lead by Janelle Monáe who energized the entire theatre. It’s definitely my favourite performance of the night not only because of how energetic it was but because they honoured some movies which were snubbed by the Oscars. They used the jingle from “I Got Five on It” which is obviously a nod to Jordan Peele’s Us which was completely snubbed. Billy Porter even snuck in a few lines from I’m Still Standing, an Elton John song which was in his biopic Rocketman which was also snubbed from the major categories. They even made gave a nod to Ari Aster’s Midsommar. Other than that I liked every musical performance but especially this and Idina Menzel’s powerful performance of Into The Unknown along with other Elsa’s.

I only have one issue with this, Finneas and Billie Eilish did a great job, can’t wait to see them return next year for when they’ll inevitably be nominated for their song in No Time To Die. The problem is that the audience clapping for one deceased celebrity then silence then clapping for another one was really rude, in my opinion. All of these people have done an amazing part in making movies, just because one was more famous than the other doesn’t mean their impact is any less valuable. I would’ve preferred if they would take a moment of silence, instead of clapping who they deem worthy of applause. Maybe I’m reaching here, but it’s something that didn’t sit right with me.

I actually really like the concept of a hostless Oscars and it proved to be a great idea with the last two ceremonies. A lot of presenters get more time to shine and have skits of their own. My favourite ones were easily James Corden and Rebel Wilson’s Cats skit, it’s really fun to see celebrities embrace a project that wasn’t really good and make fun out of it, hitting the microphone was gold. My other favourite skit was Maya Rudolph and Kristen Wiig’s acting skill skit. Those two never fail to make an audience laugh.

What did you think of the 2020 Oscars?
Did your favourite movie get recognized?