With the lack of movies in light of recent events, it only makes sense that a ton of people are gravitating towards television. My latest reviews mostly consist of season reviews and this was supposed to go up at the end of May where by then I would have binged two to other shows and this would be a ‘What I Watched in Spring’ type of post. However, I binged these two last month and their reviews were done for a while. I have been procrastination starting two new shows and so this post just lay there waiting to be published and at this rate, I am not going to force myself to watch anything because the decreasing mental health issues this pandemic is giving me is enough to deal with. Truth be told, I tried to binge Tiger King and I made it up to half of the second episode. I don’t know how people watched it. Not my cup of tea but these two shows were so without further ado, let’s start with:

Never Have I Ever: Season 1 (Netflix) 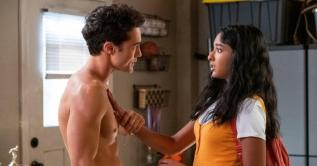 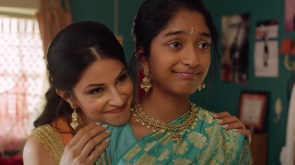 Mindy Kaling and Lang Fisher have given their shot at an entry in the coming-of-age genre with Never Have I Ever. Since this is a timeless genre which has been portrayed many times, it was important for this show to stand out and it does spectacularly. Not only does Never Have I Ever give us one of the most diverse casts in recent memory, it intertwines grief with the coming-of-age aspect making the lead, Devi played by breakout star Maitreyi Ramakrishnan a complex but very charming character. Growing up is hard enough but to add grief to the mix is a bit much to handle and this shows portrays that in a very natural way. For example, there is a scene where she is trying to sleep thinking about a recent happy memory but her mind attacks that memory with flashbacks of a tragedy and even though I have yet to go through that I have been in a similar situation and it hit home. An undeniable strength the show has is its diverse cast. I love how the show focuses on a South Asian American family, it enables the show to tell this story through the eyes of a new face, one which we don’t really see that often as the lead in American entertainment. For me, one of the best possible qualities a show could have is a likeable cast of characters and thanks to a cast full of fresh new talent and a great script we get that. I love these characters and I am heavily invested, I cannot wait for a second season, and a third and a fourth.

Never Have I Ever: Season 1 is available to stream on Netflix globally now. 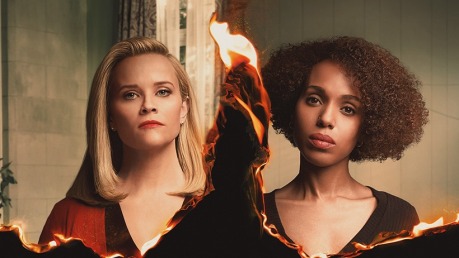 One of the many miniseries coming out right now is Little Fires Everywhere which is based on the hit novel written by Celeste Ng and brought to television by Liz Tigelaar. It stars Reese Witherspoon and Kerry Washington. Nowadays more than ever, entertainment is using real-life issues in its movies and shows however Little Fires Everywhere might be the only show I’ve seen where its story revolves entirely around political and social issues. It’s not really a bad thing if the show didn’t have to spell it out for the viewers at times. That being said I actually enjoyed this miniseries more than I thought I would, it’s not a Sharp Objects or anything but it is an above-average miniseries thanks to the incredible, Emmy-worthy performances by Witherspoon and Washington. The level of tension they bring to this show is insane, especially Witherspoon’s Elena because I have met a couple of Elenas and the performance is incredibly accurate. They are the major reason why I kept coming back to this show. In fact, the acting all around is pretty fantastic. The teen actors did a wonderful job, especially Lexi Underwood. The political and social commentary this miniseries conveys makes for some incredibly powerful moments. This show is without a doubt talking about important issues and it deals with them pretty realistically. That being said the pacing was a bit off. I felt the pilot was incredibly long and the second episode took its sweet time but after that, things flow smoothly, until the finale which unfortunately rushes it’s ending. All in all, while Little Fires Everywhere has sparks of brilliance, it’s flames ultimately get dulled down by a series of problems.

This was really a one-time thing. I never did a dual review but I really didn’t want to force myself to watch something if I wasn’t in the mood. I hope that you are taking time to do what you need during this stressful time. I have a couple reviews going up later this week, including another miniseries review. Until then, stay safe and maybe binge these two shows.