Katy Perry has just released her sixth studio album this week titled “Smile”. With Perry’s pregnancy occuring during the making of this album, it’s fitting that the lyrical content tells an uplifting story about love and hope. I listened to the album a few days ago and now having let it set, I can .

First off, congratulations to Katy Perry and Orlando Bloom for the birth of their first daughter, Daisy Dove Bloom. That is quite possibly the cutest name in history. This must be an exciting chapter for the both of them, it’s a shame I can’t say the same when talking about this album.

Katy Perry’s “Smile” is an album with potential and good intention. The messages and overall story it presents is a much needed one in our current state. We need an album like this which gives us the strength and hope to continue. That being said, the execution of it all hold back this album from being something special. “Smile” is a musically confused, lazily written album which didn’t connect with me on any level. It’s not a bad album by any means, but considering how average and messy it is, it looks bad by comparison to not only her previous albums but also the many amazing albums 2020 has brought with it. The one good it did bring, if we’re being honest. To be clear, I don’t hate the album, I wouldn’t skip any track if it came on but at the end of the day, I won’t be voluntarily re-listening to it any time soon, if I’ll even remember it anyways.

When it comes to “Smile“, there are a couple of things that stood out to me on my initial listen. One of them being the fact that from my first impression looking at the tracklist, I feel like this album was incomplete and to finish it, they added two of her 2019 singles. Having listened to it, the singles “Never Really Over” and “Harleys in Hawaii” do find a necessary placement on the album lyrically. That being said, I cannot say if they fit in the album musically because I don’t know what this album is supposed to sound like. There may be a cohesive story told throughout but musically, this album doesn’t know what it wants to be.

The album starts with a couple generic poppy instrumentals that feel like they came from the early 2010’s. In fact the only tracks on this album which feel modern are the two songs near the end which have a disco-theme to them. I only say they’re modern because that’s the new “thing” in music right now. Another thing I noticed throughout was how a song would intrigue me in the beginning, lose me at the chorus, hook me on the second verse then bore me to death right afterwards. Almost every song felt that way for me. While Perry definitely provides vocally, as expected, the instrumentals rarely ever fit her voice. Not every artist can blend into any instrumental and this album is an example of that.

Lyrically, I felt like “Smile” was doing the absolute bare minimum. At first I thought that maybe if the instrumental really shone, then the lyrics wouldn’t be that much of a problem. That was proven wrong because there were songs that enticed me for a moment because of their production but the lyrics really held it back. While the lyrics, (albeit basic and cliched) were good intentioned, I never connected to them. They never made me feel anything, it honestly felt like a teenager wrote them and I should know cause I am one. This is especially disappointing news to me because out of the many albums I’ve listened to so far this year, this is the first to disappoint me lyrically. 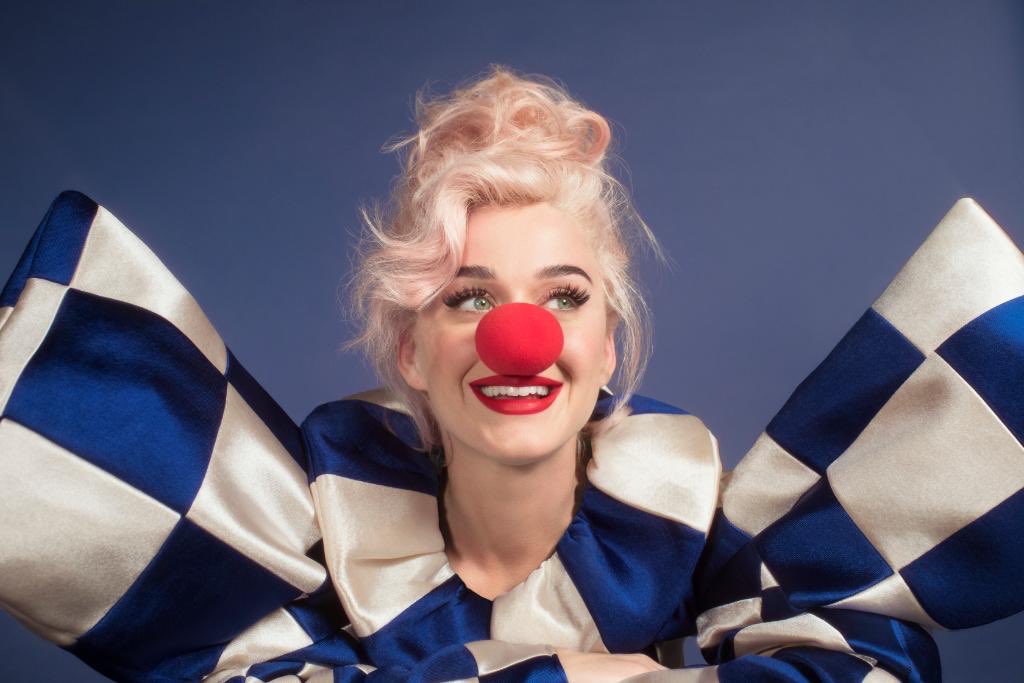 Listening to this album also disappointed on the fact that it was my first Katy Perry album. I’ve been a casual over the years, loving most of the singles, singing my heart out to them but I never actually listened to a full Katy Perry album. Having experienced “Smile” I’m not sure if I want to listen to another one to remind me why Katy Perry is regarded as a pop icon or not listen to another one because it might also disappoint. At this point I sound like I am hating on Katy and this album and again, let me make it clear, none of that is true. The truth is that I would much rather listen to a bad album than listen to an average album with tons of potential. The same goes for movies too. Seeing the potential and not getting that in the final product is honestly frustrating. There came a time on my initial listen where I was genuinely frustrated with the album because it catfished me so many times at that point.

Looking back on it, it’s not a total loss. I have enjoyed Perry’s energetic and playful touch with this era. I love the album cover, probably my second favourite album cover from Katy after “Teenage Dream”. I actually really like the music videos for this album, specifically the “Smile” and “Daisies” music videos. I really do wish that this album was more thought out and planned rather than experimenting and hoping for a success. I do hope the fans and general public love it because this might be the last time for a while before we get to see Perry in the music scene because of her new responsibilities as a mother. I wish her and her family the best and I genuinely hope this album makes people smile.

Honestly this was one of the harder song rankings I had to do because while I flat out dislike two songs and like three other, I feel the exact same about the remaining tracks which is more than half of the album. That being said, that way my review for Katy Perry’s “Smile”! Be sure to stream the album anywhere music is streamed and form your own opinion!