Mulan (2020) is directed by Niki Caro and it is the live-action adaptation of the 1998 Disney animated classic with the same name. When duty calls upon every Chinese family to enlist a man for the army, Hua Mulan disguises herself as one to replace her father and bring honour to her family. While she proves to be loyal and brave, she fights while hiding her truth. When the right moment comes she will become the warrior she was meant to be! The movie stars Liu Yifei, Donnie Yen, Gong Li, Jason Scott Lee, Yoson An and Tzi Ma.

The original animated movie was one of the few Disney Renaissance movies I did not grow up with. I vividly remember a few scenes playing on television but that’s really it. To prepare for this remake, I watched the animated movie in full for the first time and I loved it. I absolutely loved how epic and dark this movie was, the score and the animation alone rank it high in my favourite Disney movies list. That being said, I did have some issues regarding pacing and little to none character development. It genuinely shocked me that “Reflection” takes place around fifteen minutes in. The movie runs at a lightning speed pace and while it does make it entertaining, it also removes the chances of getting to know these characters more. Having seen the animated classic, I hoped that the live-action retelling would fix these flaws and gives us a sophisticated, dark and epic story. I went in with a clear, open mind and I wanted it to be amazing. Sadly this remake does not bring honour to us all.

While Mulan (2020) starts off with a promsing build-up in it’s first half, the second half fails to deliver. The live-action remake is a visually stunning yet dull retelling which lacks the epic scope which made the original such an iconic movie. While I appreciate Disney’s attempt at making a live-action PG-13 remake of Mulan, the result is sadly nothing like one would think of when given that concept. This remake takes some of the most iconic scenes from the original and throws them away for no reason. I am not talking about Mushu or the musical numbers. I am talking about a few scenes in particular but the first one was a clear signal. The iconic scene where Mulan decides to take her father’s place and leave takes two shots to establish in this movie, one with her and her father’s sword and then her in the armor ready to go. That’s literally it. At that point, while I was disappointed I still had hope but the reality was that this remake gradually got more disappointing. 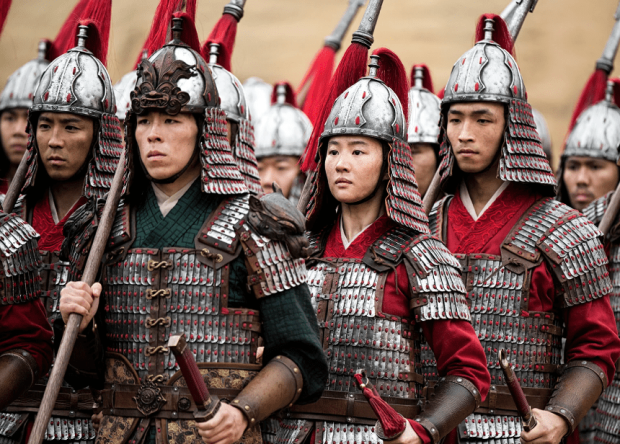 The original animated Mulan was praised for it’s dark tone, epic scope and thrilling action sequences. This remake is merely a less impressive imitation of that. I can definitely tell that Disney really did put in the effort with this movie but at the same time they didn’t really go all the way. The war setting is treated with more maturity in the animated movie than in the remake. While some action sequences are genuinely thrilling, the use of CGI was incredibly distracting. Even how some of the shots were held, it reminded you that you are watching a big blockbuster and not a war movie. The fact that I got bored during the climax of this movie speaks level considering this is Mulan. It’s really quite sad that we went from fighting on the Imperial Palace to fighting in a construction site. 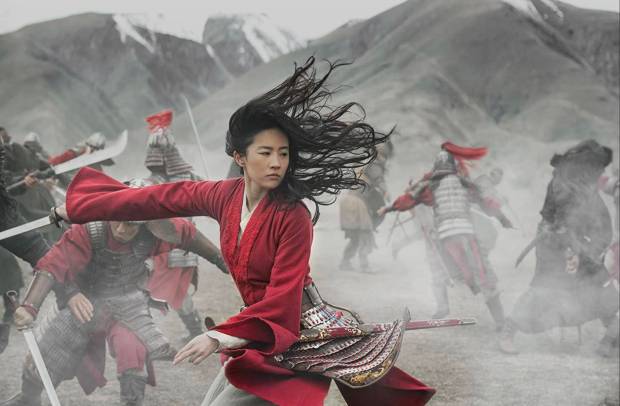 Despite being so negative about the movie, I would say that it does have it’s redeeming qualities. The introduction to Bori Khan and Xian Lang was amazing visually. I loved the presence these two carried. It’s a shame the movie throws them away until the third act. The one portion of the movie I absolutely loved was the training scenes. Sure “I’ll Make A Man Out Of You” is not present in song form but the emotion is still mostly there. We didn’t really get to see that much training in the original since it was literally covered in a single song so I would definitely say that the remake improved in that regard. Speaking of songs, “Reflection’s” melody is fused with the score, my only problem is that it’s not present at the key moments of Mulan’s character. They first time it appears is halfway through the movie. It does appear later when she has her Elsa moment but it wasn’t as triumphant as it could have been, the moment felt very tame in comparison to the animated version. In fact that’s how you could describe this entire movie. 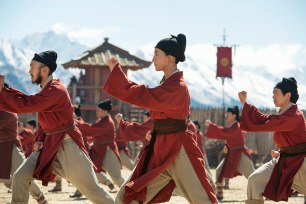 The acting is nothing to write home about. Leading actress Liu Yifei comes off very stiff in her portrayal of Mulan. She doesn’t have those small scenes where her true personality shows like in the original rendering this version a pretty dull character. While Tzi Ma (who plays her father) shows the most range, the emotional ending is not earned. I found myself tearing up when I watched the original ending because the movie established their relationship, it does not have the same impact in this movie because we don’t get to see Liu Yifei’s Mulan interact that much with him. Also while Jason Scott Lee’s Bori Khan is no Shan Yu, he still carries around a menacing presence. Gong Li’s witch is also a pretty great character who brought a very interesting dynamic to Yifei’s Mulan. I also really liked Yoson An as Li Shang’s replacement, he definitely held his own against such a beloved character.

All in all, Mulan (2020) definitely tries to be something new and different and that in and of itself is an improvement over the recent Disney live-action remakes. That being said, this is a very tame remake which doesn’t capitalize on the iconic scenes which made the original so beloved. While it adds some interesting new additions and it looks visually stunning, I just don’t see myself ever choosing to watch this remake over the original animated classic.