There is only one thing certain in life and that is death. That’s what I’ve heard all my life and it is what I will continue to hear till that constant arrives. However, I would argue that there is another constant, something that contrasts the finality of death and challenges us and that is art. Whether it’s to inspire, to gain meaning or simply entertain, people will always create art. It’s a form of legacy for some people that helped change people’s lives. For me, art does a lot depending on the medium. Music is therapeutic and energetic, it feeds my soul. Literature helps me escape but cinema, that is what forms new perspectives. It is where I gain an insight into the bigger picture. In fact, some of my favourite works of all time are those that challenge me to think and feel differently. Shinichirō Watanabe’s ‘Cowboy Bebop’ deals with existential ennui, Rebecca Sugar’s ‘Steven Universe’ explore sexuality and gender, Damien Chazelle’s ‘La La Land’ and Lin-Manuel Miranda’s ‘tick, tick… BOOM!’ talk about an artist’s drive… you get the gist. What the Daniels manage to achieve with ‘Everything Everywhere All At Once’ is to put what I’ve been feeling for these past two years into a movie and reinstall the beauty of hope and kindness back.

spoilers for ‘Everything Everywhere All At Once’ are featured in this review.

The unforgiving burdens this world places on all of us birthing a unique type of monotony and yearning specific to every single person is nothing new. Nothing matters because everything matters. This is what the Daniels’ ‘Everything Everywhere All At Once’ captures perfectly. The unique pains that ail us all, the loss of excitement and passion and the surrendering to the damned routine. This is where we meet the Wang Family. The questioning of life and its meaning tends to get lost in the darkness and nihilism of the bagel, the nihilistic bagel as this movie paints it. Trying to make sense of why we are here and what this is for is a universal feeling and yet through the darkness of the bagel, there is some beauty to that truth. The fact that nothing matters is liberating almost because it’s removing any metaphorical shackles that are holding you back. It is a term that is bound by contrast. Love and pain, light and darkness. Waymond and Evelyn, Evelyn and Joy and eventually the Wang Family as a whole. ‘Everything Everywhere All At Once’ brilliantly ponders the meaning of life and through its unhinged exploration of the multiverse, it liberates the audience from the shackles of logic, sanity and mediocre filmmaking. it is a triumphant portrait of love because it delves deep in the darkness of nihilism. It’s the ultimate battle between the two meanings of the phrase, this is the textbook example of Nothing Matters.

Unlike certain movies, this movie actually understands the infinite concept of the multiverse. It embraces the absurdity of it all, the fact that there are no limits to what other universes look or feel like. It’s a movie that goes for the craziest, funniest and downright insane methods to make a point or land a joke. It’s a family drama that talks about life, death and love but it doesn’t let the seriousness of those topics hold back from making it damn fun to get their point across. In fact, what better way to tackle love, existential dread and nihilism better than through the view of the multiverse? I would argue the movie’s emotional weight is only amplified by its silliness because it’s only through its absurdity that the movie makes you understand. The multiverse here provides countless situations and elements to play with that carry great effect when done right and this movie nails it every single time. Whether it’s the commitment to a gag that has a hilarious pay-off or the legitimately insane editing, everything about this movie is meticulous and it makes for the best cinematic experience of the year. It is a movie that has so much on it’s plate yet everything falls into place perfectly. 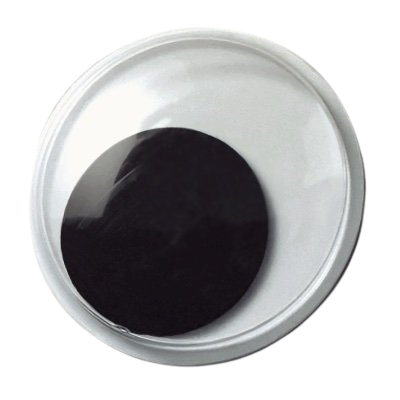 Part 2: The Power of Googly Eyes

Watching this in theatres was wild, I went with a friend and we had the time of our lives. Laughing till we cried, actually getting emotional and crying even more that by the end we were truly left speechless. While there is a lot to gain from the initial watch, I would say that this is the type of movie to get better with every rewatch. I rewatched the movie to prepare for this review and the number of lines that had a different meaning this time around really was a testament to how well this movie was written. Yes, the script is incredibly witty and humorous at times but there are sentimental lines that just stick with you even harder. The exploration of Evelyn and Waymond not only as a couple but as individuals particularly brought out some of the best lines of the movie. I cannot put into words how well these two were written. Michelle Yeoh and Ke Huy Quan deliver Academy Award-winning performances, they truly bring the best out of every scene they are in which considering they’re the main two leads, it’s a huge compliment.

We meet Evelyn in a state where she is so detached from her own life that she only sees value in things that need to happen like taxes and laundry. This explains why she drifted so far away from Waymond because he is still in tune with himself, he chooses to see the light. Evelyn admits to herself that she thought Waymond was holding her back because he was weak and naive to ultimately realizing that he is carrying the same load she is, only viewing it through a completely different perspective. It is only when he opens up about his own pain and guilt that she finally understands him. It’s the first time Evelyn steps out of her own head and sees Waymond as a person again outside of their failing marriage. She starts to fall in love with him all over again. After wishing that she would merely pay him some mind, she embraces Waymond with a tight hug. Through kindness and love, he brings Evelyn back and reignites the power of love and hope back. It is one of the most powerful portrayals of emotional strength I’ve ever seen. “When I choose to see the good side of things, I’m not being naive. It is strategic and necessary. It’s how I learned to survive through everything. I know you see yourself as a fighter. Well, I see myself as one too. This is how I fight.”

What’s beautiful about ‘Everything Everywhere All At Once’ is that, true to its title, the movie is a whole lot of stuff happening all at the same time. It focuses on a plethora of themes and weaves them together beautifully and cohesively. Aside from being this hilarious, awe-inspiring action movie with romance and science fiction, the movie tackles themes like generational trauma, depression and nihilism, mostly through the character of Joy, Evelyn’s daughter. The Wang Family acts almost like a spectrum with Waymond representing optimism and kindness, Joy ironically representing nihilism and hopelessness and Evelyn landing somewhere in between ultimately getting her and Joy to lean towards the Waymond side of things. What is so emotional about the brilliant third act is that throughout all of the insanity caused in the second act, Joy reveals that deep down she wanted her mother to change her mind meaning that when Evelyn gave into the darkness, it solidified Joy’s nihilistic beliefs even harder. They care about each other so much yet they have so much pent-up anger for one another. The lack of communication causes a huge rift in their relationship because that’s how Evelyn grew up. The generational trauma kicks in here for the both of them as this is the first time Evelyn decides to be the mother she wants to be and not pass on that trauma to Joy who has sadly, mostly experienced that side of her mother. This is where the use of the multiverse amplifies the emotion because the bond of a family is so strong that Joy travelled multiple universes just to find a version of her mother whom she could share her darkness with and it’s why Evelyn will use the same amount of dedication to save Joy and show her the truth just like Waymond did to her earlier on. Even when Joy is given the freedom of choice, it is through Evelyn’s unconditional love that she decides to reach out of the darkness to be saved climaxing in an explosive celebration of love, hope and joy across the multiverse. Now THAT is how you do a multiverse story, Hollywood!

If there is one thing I advise everyone who hasn’t seen this movie to do, is to basically go into this as blind as possible. That means no trailers, no reviews, not even a synopsis. If you are reading this before having seen the movie, first off this review must sound insane out of context, secondly, go watch it right now and re-read this review after. There is an unparalleled sense of fun seeing this movie excitedly show you how wonderfully bizarre it is that it wouldn’t feel the same if you’ve seen the trailers or anything else. It says a lot that this review is over a thousand and six hundred words yet I haven’t even mentioned how fucking amazing Jamie Lee Curtis was or how gorgeous the score by Son Lux is or how genuinely incredible the action choreography and cinematography are. I could truly talk about this movie forever. It goes without saying that this is easily the best movie of the year for me, I cannot see anything unseating it. The Daniels have achieved an invigorating cinematic experience that reaffirmed not only my love for cinema but also acts as a reminder to lead with love and kindness.

Joy Wang: “You could be anything, anywhere. Why not go somewhere where your daughter is more than just this? Here, all we get are a few specks of time where any of this actually makes any sense.”
Evelyn Wang: “Then I will cherish these few specks of time.”

‘Everything Everywhere All At Once’ is now returning to select theatres with 8 brand new minutes of footage. Elsewhere it is available for online or physical purchase.