Welcome to my first spoiler-filled review for Avengers: Infinity War, this will serve as a smaller spoiler review since there is so much to talk about! First I am going to discuss the minor spoiler, the ones that weren’t as big as the deaths or the ending. First off, so Red Skull survived, how about that? It wasn’t really explained how he actually survived on a planet alone for years with no food or life supplies, I guess the soul stone could’ve supplied maybe eternity in return for being it’s guardian? When that moment came up I was confused but at the same time I didn’t question it because I was invested. 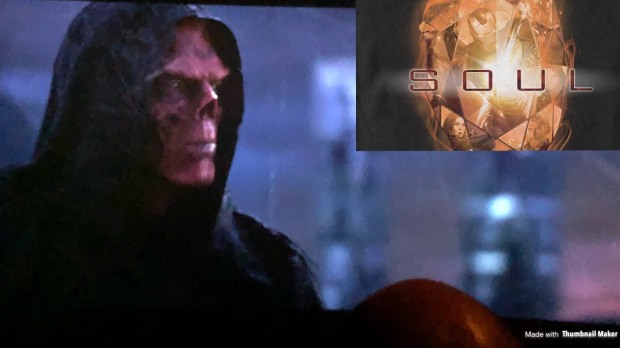 Next is the Nomad/Cap and the rest in Wakanda. I was really let down by the amount of screen-time this group got. They never really got anything to do besides fighting. They did have their moments. I loved the joke Okoye made when Wanda appeared to help them: “Why was she up there the whole time?” Shuri didn’t get much to do also since her only asset to the plot was her “ability to help Vision” which ultimately failed anyways. Speaking of Vision, I enjoyed his relationship with Scarlet Witch a lot. They did a great job at humanizing Vision. As for Wanda she was there to protect him which again failed.

People who I taught would be in this movie never showed up. Ant-Man and Hawkeye never appeared and I remember seeing their names confirmed for the movie so I guess it was fake so it would get people talking. For a minute I taught Scott would appear in the post-credits scene but instead it was a setup to Captain Marvel which I guess had to be done. Although it was nice to see Nick Fury and Maria Hill again even though they disintegrate almost immediately. I just love how Fury’s last words are “motherfu—“, they’re even the last words spoken in the movie which is hilarious.

One particular plot point which in my opinion was a bit unnecessary was Thor making Stormbreaker, his new weapon. Apart from stabbing Thanos, it didn’t really have that much use. Thor is still incredibly powerful without Stormbreaker or any weapon for that matter as seen in Thor: Ragnarok and in the Wakanda battle in this movie. At this point in the movie I believe we have Stark and the others on Titan fighting Thanos, Cap and friends in Wakanda and then we have this unnecessary scene, the movie comes to a halt every time it goes back to that. There was also the ironic role of Peter Dinklage playing a dwarf giant which I think was supposed to be funny but the overall tone of the scene still dragged the humor down.

That’s it for this spoiler talk, however, my coverage of Avengers: Infinity War will continue with more spoiler-filled content to discuss and gush over!