Dua Lipa has released her incredibly anticipated sophomore album titled Future Nostalgia. The singles are out, the music videos are released, the performances were perfected, now it’s time for the moment of truth.

Dua Lipa has been putting out hit after hit for a couple of years now with singles like “New Rules”, “IDGAF” and “One Kiss”. I have enjoyed each single she’s put out but I wouldn’t call myself a hardcore fan but that started to change when the era of Future Nostalgia came upon us. Her lead single, “Don’t Start Now” was instantly one of my favourite songs of hers the moment I heard it, it is still, in fact, it’s still a part of my daily music routine. Her next single “Physical” I was a bit sceptical about because I knew she was going for a retro sound with this album and there already is a great song with that name but before the song ended I was out of breath from dancing. That song gives me the power to go out and run a goddamn marathon. 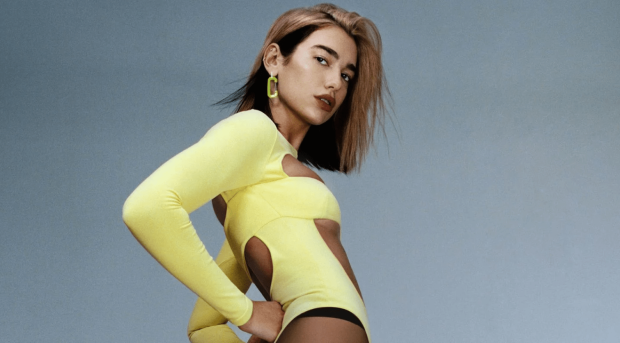 Future Nostalgia gives us the best of both worlds as it incorporates the iconic music style of the ’70s and ’80s with a modern twist making this album feel truly timeless. It’s not too old-school and yet it doesn’t resemble anything I’ve heard on the radio lately. Before listening to the album I was concerned that the album would sound very repetitive. This was not the case as with each song, I was movin’ and groovin’ the entire time. In fact, that’s one of the strong suits of this album, the ability to make me move. There were two songs on the album, “Levitating” and “Pretty Please” which spoke to my soul. They got me moving in all sorts of ways and I quite literally couldn’t stop myself. I tried listening to “Levitating” without moving a single bone in my body and it felt like torture, in fact, I couldn’t last till the second chorus.

Now I wouldn’t call myself a music enthusiast because I’m only familiar with some of the terminology and I don’t know all the moving parts in the huge machine that is a studio. However, music is an essential part of my life, I live and breathe music and ever since I’ve been listening to full albums I’ve been picking up a lot of technical treats along the way. I appreciate the production on a track a lot more because I have I listened to a variety of good and mediocre songs and Future Nostalgia can’t even be put in the same sentence with mediocre. I cannot praise the instrumentals of this album enough. As I mentioned earlier, every song sounds different and yet the album is incredibly cohesive, musically. It never loses it’s musical theme if you will.

Usually, pop music tends to focus more on having catchy lyrics than actual good lyrics and I was surprised to see that Future Nostalgia is written pretty damn well. Lately, I’ve been recognizing the fact that if a song has great lyrics, I’ll memorize them quicker and I can already sing along to most of the songs on this album. The best-written songs in this album for me are “Future Nostalgia”, “Don’t Start Now” and “Boys Will Be Boys”. 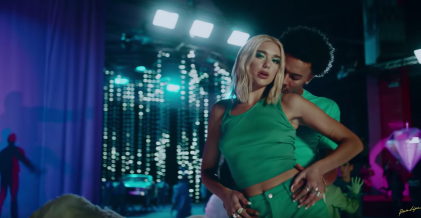 One thing everyone seems to agree on is that the entire Future Nostalgia era is visual proof of how hard Dua Lipa has worked to improve. She took the critiques of not having any stage presence or not knowing how to dance and worked hard to correct them. She went from being a meme to giving us a disco/dance-pop album. She came back full force and made one hell of a statement with the “Don’t Start Now” performance at the 2019 MTV EMA. She showed the world that she’s back and not playing around. She means business with this era. This is also further proved with her music videos. With the exception of the “Don’t Start Now” MV, the “Physical” and “Break My Heart” music videos are arguably her best videos yet. She gives us a great vocal performance, which has never not been the case but she also uses her physical performance to enhance the songs. This album makes you want to move and dance and the music videos and performances reflect that.

Overall Dua Lipa’s Future Nostalgia couldn’t have come at a better time. This album is fantastic, it’s honestly one of the best I’ve ever heard. While the songs all have stellar instrumentals which fuse the sounds of the ’70s and the ’80s with today’s modern touches, the songs are also lyrically captivating. Dua Lipa’s vocal performance is impressive as expected, she gets to show her wide range with songs like “Good in Bed” in which she has a section where she has to flow from head voice to her chest voice repeatedly. The album is short and fast-paced giving it immense replay value. This will be known as the album that solidified Dua Lipa as one of the Pop Icons of today.

Future Nostalgia is available anywhere where music is sold. It can be purchased as a CD, Vinyl and even, get this… a cassette! Talk about a great marketing campaign. If you can’t buy it physically, you can buy the album on iTunes and Google Play Music. You can also stream the album for free on Spotify and YouTube. Please legally support this album as it was unfortunately leaked and it forced Dua and her team to release the album earlier than intended. She worked incredibly hard on this album and it’s incredibly disrespectful to take away her moment like that so listen to this masterpiece legally.